x
oh no!
there's nothing in your cart yet...
‍
want to grab a
brewsy box?
yes!
product is not available in this quantity
free super fast shipping!
why brewsy is better
how it works
what's in the box

yep, you can brew that. make wines, ciders, concoctions galore out of bought or made fruit juices.

This product is out of stock.
Product is not available in this quantity.
If you sneeze & fart at the same time, is that a screenshot?

If you sneeze & fart at the same time, is that a screenshot?

now, you can make delicious wines & ciders at home the same way they're made in wineries around the world!
‍
15% ABV wine is just 5 days away:

1. sweeten the juice
sweeten any store bought juice to get it as sweet as wine grapes.

3. watch it bubble away
your juice will start bubbling away as the yeast eat the sugar to produce alcohol and carbonation.
why brewsy is betterhow it workswhat's in the box

why wine's better with brewsy

we all know homemade is simply better – and it's true for wine and cider too.
‍
but that's not the only reason brewsy wines & ciders are better than the factory-made bottles you've had before...

guaranteed tasty or we give you your $$$ back

100% sulfite-free, preservative free, and free of artificial ingredients.
what's in the box?

everything you need to make 18 bottles of wine and more!

stickers to label your juice!

even more fun stuff inside!

Can't wait to try it out once it's done. 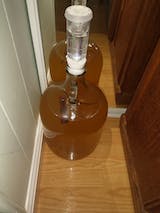 I just started my first wine. I call it Crandemic. I just racked part of it and now it is cold crashing. It tastes pretty good. I'll wait a couple of more days before I rack and cold crash the rest of it. I can't wait to start my next batch.
As my husband says, I have a new hobby and I love it! 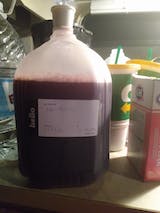 I am on my second batch of Brewsy and I'm obsessed. Such a fun quarantine hobby! First of all, the instructions and packaging is very clear and easy to follow. But there's lots of room to experiment, perfect and meddle with. That's why the Club Brewsy membership is so powerful - super friendly and approachable for beginners like myself and people with decades if wine making experience who enjoy the ease and quickness of Brewsy. I bought a ton of boxes as gifts. 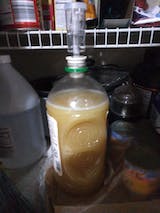 3 weeks, 3 batches all delicious! Can’t believe how fast it was! 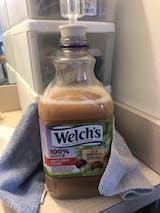 I like to make beer and cider at home, so I was curious about brewsy… and a little skeptical. How can you get 15% ABV in just 5 days, when 2 of those days are cold-crashing!?! The price was right for experimenting (and at minimum, I’d have 3 more stoppers and airlocks for homebrewing), so I placed an order.

We tried a gallon of pomegranate juice from Costco, and got a delightful cider; we're trying a tart cherry juice from Whole Foods next.

I was really impressed by how quickly fermentation started. It was only a couple of hours before the airlock was bubbling away, and you could see activity on the surface of the juice. I probably could have left it fermenting for at least another day (more alcohol), but we were eager to try the finished product, so moved it to the fridge after 3 days per the instructions.

After chilling in the fridge for 2 days, we gave it a taste test, and we were very happy with the results. I gave a bottle to our neighbor (she’s in our ‘pod’) and she loved it too.

Not that it really matters, but I’m going to check the gravity (sugar content) next time, before and after fermentation, to see how close to 15% we get. I’m betting we’re not far off though.

I’ve lost more than one batch of beer to infection, so I took some additional precautions preparing our juice. Since I was fermenting in a different bottle than the juice came in (a 1-gallon glass jug), I made sure to wash and sanitize the fermentor. I used 7th Generation dish soap because it rinses without residue and Star San rinse-less sanitizer, the same for the stopper and airlock. I also made a simple syrup by boiling the additional sugar in about 12oz of filtered water to further minimize my risk of contamination. Might be overkill, but I’d hate to have to dump a gallon of cider/wine after waiting all week to try it because some nasty bacteria got into it. Just be sure to let the juice cool back down to room temp after adding the syrup before dumping in the brewsy packet.

A word of caution (which I should have considered): I thought it’d be cool to use a couple of wine bottles and cork them. I forgot to consider that there are still residual yeast and sugar in the cider, and at room temperature the yeast may become active again. In a closed environment they’ll convert the sugar into carbon dioxide instead of alcohol (or maybe it’s in addition to) which will create pressure. The bottle that I left on the counter blew its cork and shot cider all over the kitchen. The silver lining is that the bubbles from the carbonation in the remaining cider were very nice; it’s probably a good idea to keep it cold though.

Anyway, bottomline is, I think we’re probably always going to have something brewsy in the works. It’s a fun inexpensive way for us to be winemakers (BTW, ‘us’ is me and my wife, though she’s mostly in charge of quality control).

I highly recommend it to anyone who has an interest in wine or cider making, even intermediate amateur homebrewers who haven’t yet exploded themselves, like me. 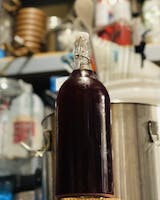 I recently made my first batch of cranberry wine. It was so easy and turned out great! A few days ago I started a batch of hard apple cider and can't wait to try it! Customer service is great and so is Club Brewsy!! 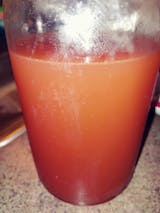 I love everything about Brewsy. Customer service is outstanding and they’ve made everything easy to make your own wine, fast. 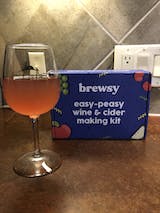 I was very pleased after finishing my final day of fermentation in the refrigerator. It had great taste just after the initial 5 days, but i continued leaving it in the fridge without bottling and racking every two days, for an additional 4 days and it continued to improve. Each day since bottled it has tasted better and I am very excited to try new juices and recipes going forward. Very happy with the tastes and strength of this simple and quick process. 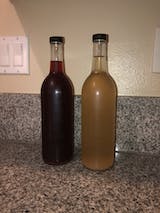 You-all have made it so easy and fun! I'm eyeing a 3 gallon bottle, and a small refrigerator to hold it!
Go big or go home!
My first two batches were, and still are, amazing!
Unfiltered all natural apple juice is crazy good!
You all are magicians! ;) 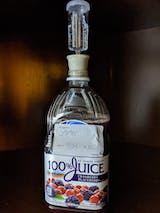 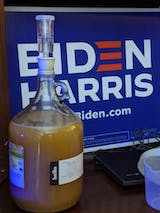 First and foremost, I cannot say enough positive things about Brewsy’s customer service. So communicative and seriously top-notch! I made my first batch with apple juice, and it turned out tasting a bit yeastier than I had hoped/expected. I did select “dry”, so it could’ve been a sugar:yeast ratio issue. After refrigeration I added more sugar and it did taste a bit better. My next batch was with peach juice, made “semi-sweet”, and it turned out so nicely! Brewsy is an awesome little science experiment & booze combo, which are my two favorite things!! 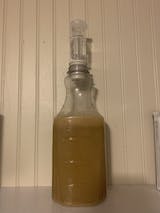 123
try one now with our
30 second checkout! 🥰
This product is out of stock.
Product is not available in this quantity.
brewsy
links:
aboutcontactFAQ
boring links:
termsprivacyshippingrefund
we are proud to accept many forms of payment!

100% designed, developed, & manufactured in the USA.

© Copyright forever and ever by brewsy