-
+
add to cart
how it works
now, you can make delicious wines & ciders at home the same way they're made in wineries around the world!

1. sweeten the juice
sweeten any store bought juice to get it as sweet as wine grapes.

3. watch it bubble away
your juice will start bubbling away as the yeast eat the sugar to produce alcohol and carbonation.
why wine's better with brewsy
we all know homemade is simply better – and it's true for wine and cider too. ‍

but that's not the only reason brewsy wines & ciders are better than the factory-made bottles you've had before...

guaranteed tasty or we give you your $$$ back

100% sulfite-free, preservative free, and free of artificial ingredients.
what's in the box?
everything you need to make 18 bottles of wine and more!

stickers to label your juice!
+
and even more fun stuff inside!
reviews 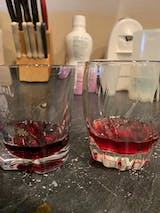 I love Brewsy, I have been making wine for a month and I love it! Delivery is fast and customer service is outstanding! I highly recommend Brewsy if you are looking to make great wine 🍷 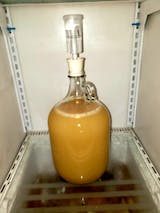 H
H.
Great hobby for the soon to be cold months in the US 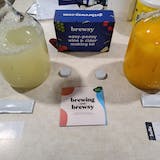 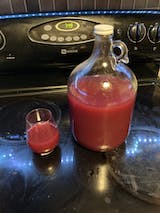 B
B.B.
Put that alcoholism to good use

I like alcohol. I used to buy a lot. I don’t have to anymore. Brewsy has given me a neat hobby that taps into my passion and gives me a nice product I can be proud of and share with friends. I feel like an artisan now and I’m saving money. 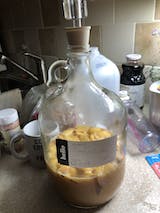 I'm really enjoying my new hobby! You've made home brewing simple and fast....planning on hooking some friends into Brewsy with my Halloween brews!! 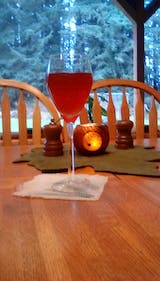 After getting my starter kit and brewing my first batch, I was so excited I ordered more starter kits to give family members for Christmas. This is the most fun hobby I’ve started in a long time! It is so fun to try different juice combinations and end up with a delightful wine. The Facebook group is amazing, also. A whole bunch of people dedicated to making wine from Brewsy packets, and generous with sharing success, failures, and recipes!! I’m thrilled that I found Brewsy.

A
A.F.
Second brew in refrigerator.

First brew (cran-grape and blackberry) was a pleasant success. Drank half and started a new one (Grape and Pom Pom pomegranate). I just finished day fermentation (14.4 ABV) and it’s cold crashing now. I believe it will be dry enough to consider it table wine.
Working on plans for additional recipes.
I would like to see more suggestions from Brewsy for traditional wine flavors in addition to the Unconventional soda flavored ones on FB.
Having a ball, Thanks 😊

N
N.K.
Loads of fun, not *quite* that simple

Overview: I had fun making and trying different flavors of wine. Some batches were more successful than others, but it was a fun time. I absolutely plan on trying againbwith different flavors!

Full review: I had a ton of fun with making wine with brewsy. This is probably my fault, but there was a lot more planning that I could have done - making sure I had the space, prepping with the correct juice, making sure everything was thoroughly cleaned.

The prep wasn't nearly as clean as I was expecting. With thebspeed that the website touts, I was expecting to basically pour a bag into a carton of juice, shake it like drink mix in a water bottle, and let it do its thing. Start to finish it took me maybe 25-30 minutes from opening the box to letting it start brewing. Knock off 10-15 minutes from learning the correct recipe and everything so it was probably closer to 10-20 minutes if I were to try again.

However, there were some things that brewsy could have been more clear about, mostly the need to adequately swirl the juice as it's sitting. I did 3 jugs in a single batch and I left one and swirled the other as recommend, all else was the same. The swirled one came out MUCH better so make sure you mix it up while it's brewing!

I also tried making one in the original bottle rather than using the separate jugs. I wouldn't recommend this at all. The wine fermented - kind of. It tasted a bit alcoholic but it wasn't nearly as strong as what was brewed in the jugs.

The taste was great on the one that brewed successfully, but racking was definitely needed more than once. After racking twice it still tasted a little yeasty. Other than that it was tasty and DEFINITELY brewed nicely.

Finally, I was a little disappointed in the kit that it only gave 3 stoppers with the 4 jugs. I'd have liked to make use of all the jugs at once, but that's more that I misread what's included in the kit. It does seem like an oversight though.

This is such a fun kit. They make it so easy you can’t mess it up, and the results are great. Plus, the customer service cannot be beat!! 15/10 would recommend!